Pay tribute to the titans of thrash with Nemesis Now's officially licensed - and exclusive - Slayer collection! Proudly displaying the notorious Eagle and Swords logo of the band, each piece will have your customers in awe.

Slayer is an American thrash metal band from California. The band was formed in 1981 by vocalist and bassist Tom Araya and guitarists Kerry King and Jeff Hanneman. Slayer's fast and aggressive musical style made them one of the founding bands of thrash metal, alongside Metallica, Megadeth and Anthrax. Their music is as iconic as the band's Eagle emblem which has been hand-sculpted throughout our range of wholesale giftware! 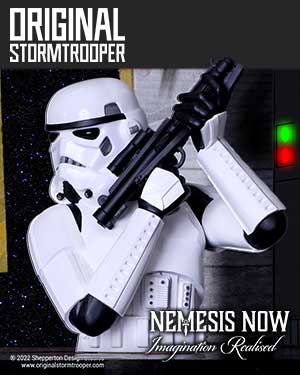